With the unprecedented growth in international tourist arrivals, along with a boom in domestic tourism, RWM has expanded and upgraded its hotel segment through the opening of the country’s first Holiday Inn Express Hotel. With 737 rooms, HIEx Newport City Manila of the InterContinental Hotels Group, is the group’s largest HIEx property in Southeast Asia.

Joining the ranks of RWM’s all-suite, five-star Manila Marriott Hotel, is the return of the Philippine’s first five-star brand, the Hilton Manila, and most recently, the Sheraton Manila Hotel.

The 470-room Belmont Hotel Manila, the preferred accommodation among business travelers, was recently named the Best Airport Hotel in the Philippines by the Travel and Hospitality Awards, as it offers optimum city views from its rooftop pool and bar and easy access to the Ninoy Aquino International Airport Terminal 3 (NAIA 3) through Runway Manila.

The newest addition to RWM’s lineup of practical accommodations is Savoy Hotel Manila, a 684-room development where guests can enjoy various facilities including a swimming pool, function rooms, fitness center, dining outlets, and Squares – a co-working space for guests to work, relax, or mingle.

Soon to follow is the completion of Hotel Okura Manila, another Philippine-first, which will house all-suite accommodations featuring the signature elegance of the esteemed Japanese brand.

Once all hotel developments are completed, RWM will have eight hotel brands and a
total hotel room count of almost 3,600 – the most for a single complex in the Philippines.

RWM has been championing the best of the Philippine Performing Arts for 10 years. To celebrate this milestone, RWM, together with Full House Theater Company (FHTC), is holding the second run of Ang Huling El Bimbo – a Filipino musical based on the songs of the iconic 90’s Philippine rock bank, Eraserheads. 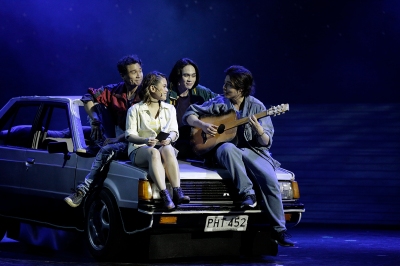 The original all-Filipino production has sold-out multiple shows during its original run in 2018. The production returns at the Newport Performing Arts Theater and will run until April 14, 2019. 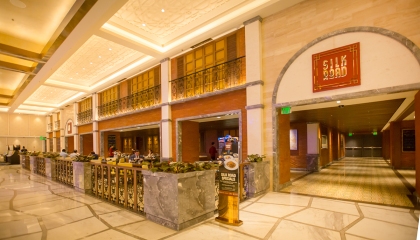 RWM’s Phase 3 development is projected to be completed in 2019. Once complete, Resorts World Manila will soon be the largest and most diversified integrated resort, entertainment, dining, and gaming destination in the country. 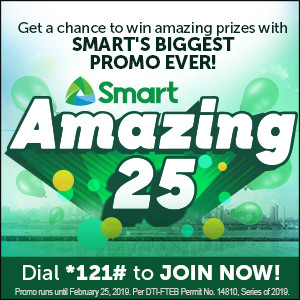 Savoring the last few days of my holiday break and attempting to finally finish this book (which I started reading last September) before work resumes. Also, should I film a bookshelf tour / book collection video? 🎥🤔 #books #bookshelf #bookstagram #tattoistofauschwitz #historicalfiction #holocaust
Last day of work for 2019! Time to sign off and wind down!👩🏻‍💻🎉
The Swedish Art of Balanced Living ❤️
My therapy dogs ❤️🐶
One day at a time...
Felt cute. Might not delete later. 💁🏻‍♀️ . . . . . . . . . #baguiocity #cafebytheruins #travel #travelpinas #wanderpinas #throwbackthursday #photooftheday #davaobloggers #davaoinfluencer
Went out to look for ginangggang pero waley. So picture nlng! 😂 . . 📸 @punk_queen90 . . #lazysunday #photooftheday #igersdavao #davaobloggers
Kick off the Kadayawan celebration at the PLDT #FibrKadayawanExperience Hub at Sta. Ana Garden Park. Take pictures at their colorful photo wall and play games for a chance to win exclusive prizes. #PLDThomeFibr #DavaoBloggers #DBStheBEST #DBSBestDays
Here at the JBL Davao Press Con to learn more about JBL and Harman’s newest lineup of wireless earphones and portable speakers. Planning to get your very own JBL earphone, headphone or portable speaker this Kadayawan? Catch the JBL Day Sale on August 9 to 11, 10AM to 10PM at Gaisano Mall of Davao Atrium to avail of their awesome deals. Follow @jblph for more updates! #JBLDavaoPresscon #JBLPH #DareToListen
Back to top
%d bloggers like this: